Metalcore is a worldwide sub-genre which many people from many different countries adore. Fans of this hard hitting musical will be pleased to know that the Japanese metalcore band CRYSTAL LAKE will be visiting the UK for two nights on their latest 2019 tour as well as a spot at Download Festival. Their latest tour will move from their homeland of Japan before moving into Europe and into Britain for a short but sweet period this summer. CRYSTAL LAKE has a slot to play The Dogtooth Stage on Sunday 16th June at Download Festival. The band then move on to their own tour shows which include The Star & Garter in Manchester on 18th June and will wrap it up at The Boston Music Room in London on 19th. 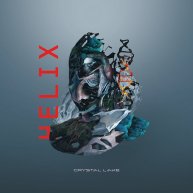 The group will be accompanied by two supporting acts for both the shows. This includes the York based metal band InVisions as well as Leeds based rock and metal band Captives.

With their heart pumping and brain pounding metalcore sound it is sure to go down well with the UK metal scene. Although the band won’t be staying long in the UK this time around it is sure to an event which shouldn’t be missed. You can purchase tickets to either the Manchester or London show here.

You can also follow and keep up to date with the site on:

Check out these awesome J-Music sites!